After running a short distance to the right, a cutscene occurs where the Evil Wizard, the Painter, Undead Cyclops, and the Necromancer fly away on a castle. The player then chases them by flying upwards in a drill motion by spinning their weapon above their head. The player must then dodge rocks and flying debris that comes from the top of the screen. After dodging all the debris, the player lands on the castle and proceeds to the Wizard Castle Interior.

There are no weapons to be found on this level.

There are no animal orbs to be found on this level. 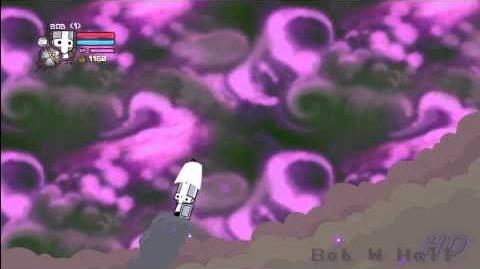