Chicken
Fish Men
Snakeys
Medusa
Snakes
Medusa's Lair is the thirtieth Level in the game Castle Crashers. On Insane Mode, the Snakeys could prove to be fatal. Other than that, Medusa dies very quickly.

At the very beginning of this level, you will be met by a few Fish Men and some Snakeys. Throughout the entire level, you will simply encounter wave after wave of these two enemies. The basic strategy that you should follow is to stay out of the water and take care of the fish first. If you kill all the enemies but one fish, the fish will start jumping up in the air and diving down on you, knocking you down and doing around 45 damage.

Continue fighting your way through more fish and Snakeys, and eventually you'll find Medusa combing her hair. Medusa's not too hard once you find a rhythm. Get right up close to her and hold the block button, this will protect you from the snapping snake on her head. As soon as the snake snaps at you and you block it, perform a combo on her then go back to blocking. Move with your up and down the screen. After every snake snap, go for a combo other attack. Keep your attacks to a short burst and return to blocking to anticipate the next snap. Keep this routine up and Medusa will be as good as dead in no time.

You only have about 5 seconds to get it before the level ends.

You still need to defend against her snake hair. In between snaps, you will have time for two basic magic attacks (RT+Y/ R2+square). This makes her a very easy boss.

Stuck on the Stairs Glitch 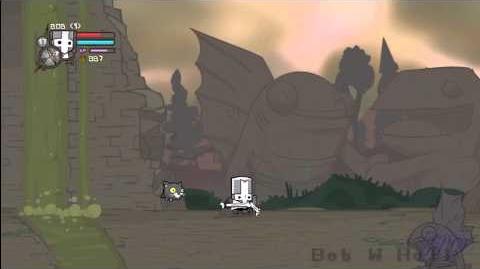